Family Album: Closing the Book on a Half-Century Project

Family Album: Closing the Book on a Half-Century Project 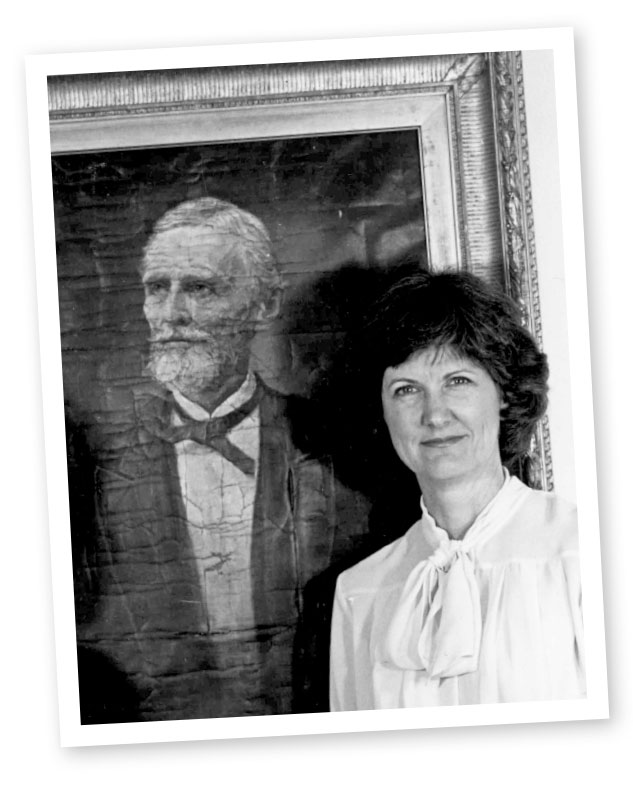 Lynda Crist poses with a painting of Jefferson Davis.

In February 2016, the history department at Rice hosted seven leading historians from around the country to address the topic “Jefferson Davis’s America: New Perspectives on the Mid-Nineteenth-Century United States.” The occasion marked a momentous achievement: the release of the 14th and final volume of “The Papers of Jefferson Davis,” published by Louisiana State University Press between 1971 and 2015.

This massive documentary editing project was conceived at Rice by historian Frank E. Vandiver (1925–2005) and others in 1963 and incorporated as the Jefferson Davis Association. Rice hosted the project for more than half a century, and a long list of donor agencies and individuals underwrote the effort, including crucial early support from the William Stamps Farish Fund. The editors laboriously collected an estimated 100,000 documents from across the United States. They compiled, transcribed and annotated the most important items for publication. The letterpress edition has supported American historians’ research on slavery, the Civil War and other crucial historical issues.

Many talented scholars contributed to the project, but a mainstay, beginning in the late 1960s, was Lynda Lasswell Crist ’67. A Houston native, Lynda graduated from Rice with a B.A. and stayed on for an M.A., awarded in 1969. As a student, she was already interning with the Davis project, but she left Houston long enough to finish the course work for her Ph.D. at the University of Tennessee. When she returned, it was for the long term. She was at work on “The Papers of Jefferson Davis” even while she completed her doctoral dissertation on a Mississippi planter and politician. For the initial three Davis volumes, she was first an assistant and then an associate editor.

In 1979, she was named editor, a position she held until her retirement many thousands of pages later, at the end of January 2016.

It is hard to comprehend the amount of work, discipline and creativity that Lynda and her colleagues invested in collecting, sorting, selecting, transcribing and, perhaps most importantly, annotating and indexing the published documents. Few similar major documentary projects have ever reached completion since Princeton University, in 1943, inaugurated the modern era of documentary editing with its ongoing project on Thomas Jefferson. To have persevered to the end in the grant-starved environment of recent years is a special achievement for the Davis project. In addition to the published volumes, distinguished for their accuracy and scholarship, the endeavor has left a legacy to Fondren Library’s Woodson Research Center. For the ongoing benefit of researchers, it houses many of the documents and other research materials that the project relied on.

The fifth floor of Fondren Library has long been a haven for historians, with history graduate offices and the Journal of Southern History arrayed near the former Davis project suite. It is a less special spot now. Missing is Lynda Crist’s calm elegance — just what you want in an author, an editor, a colleague and a friend.

Randal L. Hall is associate professor of history and editor of the Journal of Southern History at Rice.