Former editor Lisa Gray ’88 remembers what it was like to ask questions, break stories and chase deadlines for the Rice Thresher in the late 1980s and reveals why “clickbait” is the online equivalent of misclass. 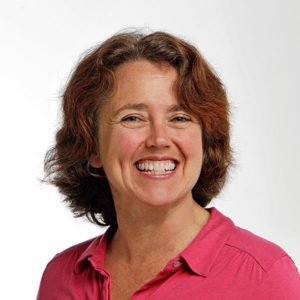 In 1986, when I was editor of the Thresher, the tears came around 4 a.m. every Thursday. That was after the cheerful scrum of staff — reporters, section editors, copy editors, typesetters and old-school, X-ACTO-knife-wielding layout people — had drifted away from the office, one by one.

It was then that my coffee wore off, and my blood sugar ran low. And it was then when I always despaired of finishing by deadline.

Besides me, the only one left would be David Schnur ’88, the news editor. And he’d be safely down the hall, laying out the news pages on a Mac that belonged to KTRU, the Rice radio station. I don’t think David ever caught me crying. I didn’t want him to catch me crying.

That’s a true story. But it’s not the whole story.

Journalists, when we’re feeling righteous, like to tell stories, especially the kind that emphasize suffering. We say that our job is to speak truth to power — which is true — but we say it gravely, as if that’s an oppressive duty, a burden we lug for the sake of the greater good.

But here’s what I learned at the Thresher: Most of the time, journalism is a blast. As a reporter, you’re supposed to ask nosy questions, go to new places, call up experts and make them explain things. When you write editorials, you’re supposed to thunder grandly about “How the World Ought to Be.” At the Thresher, we knew the news before everyone else did. We lived at the center of the world.

Sometimes we took ourselves seriously. We broke real stories — faculty scandals, campus contro-versies, a student’s murder. Up in the office, we were wonky, debating, say, the details of a curriculum-reform proposal or the ethics of using an anonymous source. The purposeful, high-minded bits were part of the fun: “Can you believe how important this is, and that we get to decide?”

The 4 a.m. tears, the photo-typesetting chemicals I inhaled, the tutorials I missed because they conflicted with production nights: When people asked me about the Thresher, I talked about the burdens — oppressive duty! greater good! — because I was afraid to jinx the thing.

At most universities, the student newspaper is a paraprofessional outfit, an outgrowth of a journalism or communications school. Young minds are molded, contests are entered, boards offer guidance. But Rice didn’t sully itself with those preprofessional majors. While I was at Rice, the Thresher was purely student-run. It was a thing we did for fun and also for exceedingly small amounts of money. It was a distraction from our studies, a tree house with a “No Grown-ups Allowed” sign. 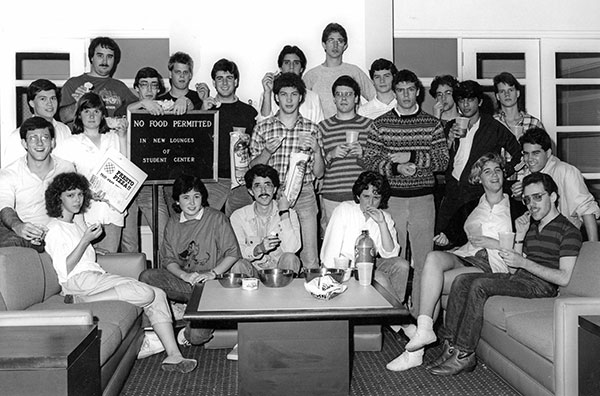 The 1987 Thresher staff demonstrate their obedience to posted instructions in the new Student Center lounges. Editor Lisa Gray ’88 is seated in the front row, behind a bottle of contraband soda.

Working at the Thresher felt like a caper — a thing we couldn’t believe we  were getting away with. And that was especially true when people tried to stop us. Rice’s public relations office would ask us not to run a story that put the university in a bad light. A professor would declare that an editorial stance was dead wrong. A dean would remind us that Rice gave us our rent-free office and phone, then suggest that we shut down the Backpage, the jokey, smutty section that students read first.

Back in the tree house, we pirates would argue among ourselves about the correct course of action. Should we let the Backpage die? When it was good, it was hilarious in a subversive way. But when it was bad, it was appalling: sexist, homophobic, just plain dumb. Could an editor make it consistently good? (Edited by Spencer Greene ’88, it entered a good phase.)

But here’s the thing: We were utterly convinced that all the decisions were ours. They didn’t belong to the university administration, or to the student senate, or even to the readers who loved jokes about hamsters and electrical tape.

We didn’t always get everything right. But we tried. The victories and  the defeats were ours.

I am still a journalist. That’s saying something now, all these years after the Internet began laying waste to newspapers’ business model. For the last decade — the industry’s darkest hour, the era of layoffs and bankruptcies and uncertainty about whether journalism will survive — I’ve worked at the Houston Chronicle. These days, I run a website there.

I suspect that the Thresher prepared me for the industry’s chaos better than even the best journalism school could have: I don’t expect grown-ups to have an answer. Just like at the Thresher, there are never enough people to do the job we want, never enough money, never enough time. Clickbait is the online equivalent of the misclass: The question is still how to make the worst stuff good. And I still long to lure readers to the high-minded, vitamin-laden articles.

The tears come; the tears go. I try not to let anyone in the newsroom see them. And most of the time, the job is a blast. I live at the center of the world. And I can’t believe that I still get away with it.