Swivel Hips vs. the Golden Arm

WHEN IT OPENED IN 1957 AS RICE’S FIRST WOMEN’S DORMITORY, Jones College had an open field to create its traditions. Powderpuff football — basically flag football played without shoulder pads — is one such creation, and since its inception has grown to be one of the most popular intercollegiate sports at Rice.

Lacking any potential rivals, Jones divided itself into two geographical sides: Jones North versus Jones South. When Brown College joined the fray in 1965, recalled Le Anne Schreiber ’67, there was lots of excitement.

The first game between the two colleges, Schreiber said, “was characterized in advance and in actuality as a contest between the Jones running game, centered on me, and the Brown passing game, centered on their spectacular quarterback, Linda Green [’66]. Some called it the showdown between ‘swivel hips Schreiber’ and Linda Green, ‘the girl with the golden arm.’ Her arm outscored my legs.” 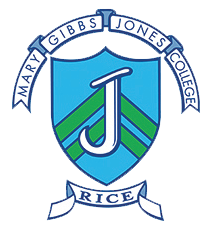 As the male colleges went coed, Powderpuff evolved again. Today, it’s played by women from all 11 colleges, but Jones can lay claim to being the original.

The rivalry with Brown was not limited to the gridiron. In spring 1968, Joan Gurasich ’68 and Virginia Flynn Hess ’68 organized teams to infiltrate bathrooms on all of Brown’s eight floors while the Brown women were at dinner. They removed all the toothbrushes they could find. “The toothbrush theft was intended to leave Brown women without toothbrushes before their Friday night dates,” Hess explained.

The rivalry continued over the years. In one incident in the late 1970s, Brown women raided Jones to return the favor, planting the purloined toothbrushes along the paved pathway between Jones and Brown, like rows of plastic tulips. Charlotte Larson ’16, Jones’ current internal vice president, said that while the college’s feud has lately shifted toward Martel and Will Rice colleges, “there is a pretty infamous prank I heard about where Jones cut off a little bit of all of the chair legs from the [Brown] commons so that they were all uneven,” she recounted. “So cruel.”