We are involved in many passionate debates at this time in American history, and one is about immigration. In this issue, we feature the amazing story of Vu Thanh Thuy and follow her harrowing path from Vietnam and ultimately to Houston.
On the difficult issue of immigration policy, I am reminded of Miles’ Law: “Where you stand depends on where you sit.” I am writing this sitting at my desk in Allen Center, in the heart of one of our nation’s most extraordinary universities. At some level, I bear responsibility for the quality of our student body, our faculty and our staff and what each of these components brings to the educational experience and our research contributions. Everywhere I turn, I see how immigration has benefited our university and therefore our city, our nation and indeed the world.

In our undergraduate stu 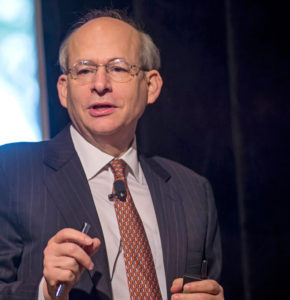 dent body, another Vietnamese immigrant, sophomore Tram Thi Nguyen, came to the U.S. as a young child in 2000. Her parents are commercial fishermen. Her family home was devastated in Hurricane Katrina, and they moved to Lafayette, La., where she was the first Asian student many of her classmates had seen. She undertook the task of teaching them about Vietnamese culture. We have at least 24 students, undergraduate and graduate, with the family name Nguyen (almost certainly all of Vietnamese heritage). I don’t know all their stories, but they are likely mostly children of immigrants who arrived in the United States in the 1970s or later.

Immanuel Saju Joy’s parents came from India. Although both were trained in medicine, they have not been able to practice in the United States. Immanuel was named one of the top 100 high school level programmers in the 11th grade and now is a sophomore studying engineering at Rice.

From a different part of the planet, sophomore Mekedelawit Tsegaye Setegne moved to the United States from Africa at the age of 5. She embraces her Ethiopian culture and worked 20 hours per week through high school before enrolling at Rice.

Arthur Vadim Belkin, a sophomore at Baker College, is a dual citizen of the United States and Russia. While living in Russia, he had to conceal both his U.S. and Jewish identities. He participated both in the Columbia University Science Honors Program and in a summer internship program at Bauman Moscow State Technical University.

Last spring, a Rice graduate student, Ismael Loera Fernandez, was one of 30 students nationally awarded the Paul & Daisy Soros Fellowship for New Americans. Loera Fernandez came to the United States with his family at the age of 11 and studied chemistry as an undergraduate at Emory University.