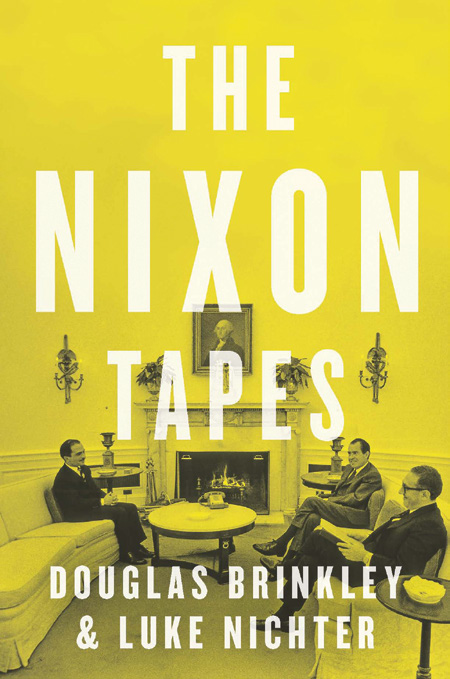 AT 740 PAGES, “THE NIXON TAPES” IS A FASCINATING TOME OF POLITICAL REVELATION, containing the transcriptions of 3,700 hours of private conversations Nixon had in the White House between February 1971 and July 1973. Moments captured by these voice-activated tapes include discussions of Nixon’s historic visit to China, the SALT I arms treaty with the Soviet Union, his secret bombings of Southeast Asia and his 1972 re-election campaign that resulted in a landslide victory. In between these momentous political occasions, these tapes also illuminate all aspects of Nixon’s complicated nature, as conversations diverged from the usual foreign policy topics to his views on homosexuality, his paranoia of political rivals (often those who were the closest to him) and his love of sports — particularly baseball. “The Nixon Tapes” highlights the inner machinations of one of our most complex presidents, in years that were critical in shaping our nation. In fact, Nixon realized the magnitude of his presidency and his legacy; in an excerpt from the book, Nixon bounced some ideas off his chief of staff:

HALDEMAN: There are a lot of good stories from the first term.

NIXON: That would be a hell of a good book. And somebody should have thought of it. … You get in China, you get in Russia, you get in May 8th [his dramatic decision to bomb Hanoi and mine Haiphong just before his summit in Moscow], and you get in the election. And it’s a hell of a damn year. That’s what I would write as a book: 1972, period.

“The Nixon Tapes” probably isn’t what Nixon would have wanted published, but the book succeeds at documenting a tumultuous period in American history.

“The Nixon Tapes” is edited and annotated by  Douglas Brinkley and Luke A. Nichter (Houghton Mifflin Harcourt, 2014)